Fatima Al-Fihri: The Woman Who Established The World’s First University

What do graduation caps and gowns have to do with Muslim women? The answer is a lot. There is a unique and intriguing connection between the age-old graduation costume we know today and a Muslim woman called Fatima Al-Fihri. Fatima hailed from a well-educated and wealthy family in Tunisia. Not much has been preserved about her early life, but it was believed that the Al-Fihri family migrated to the city of Fez in Morocco in the early 9thcentury. When her father died, Fatima used the fortune to build a mosque and educational institution for the benefit of her local community. Overtime, the educational institution became the University of al-Qarawiyyin – a world first.

Established in the year 859, the University of al-Qarawiyyin was the first degree-granting educational institute in the world (as recognised by UNESCO and Guinness World Records). It became a notable intellectual hub and taught a range of subjects including history, linguistics, theology and astronomy and more

Throughout history, Fatima Al-Fihri has become a symbol for Muslim women’s place in academia. She was a testament to one of the fundamental messages of Islam: to encourage believers to seek knowledge – both men and women in the same regard.

Anas ibn Malik reported: The Messenger of Allah, peace and blessings be upon him, said: Seeking knowledge is an obligation upon every Muslim.

Want to study more about the meaning of the Holy Qur’an and the iconic prophet’s in Islam? Our hidayah programme would be ideal for you. Find out more 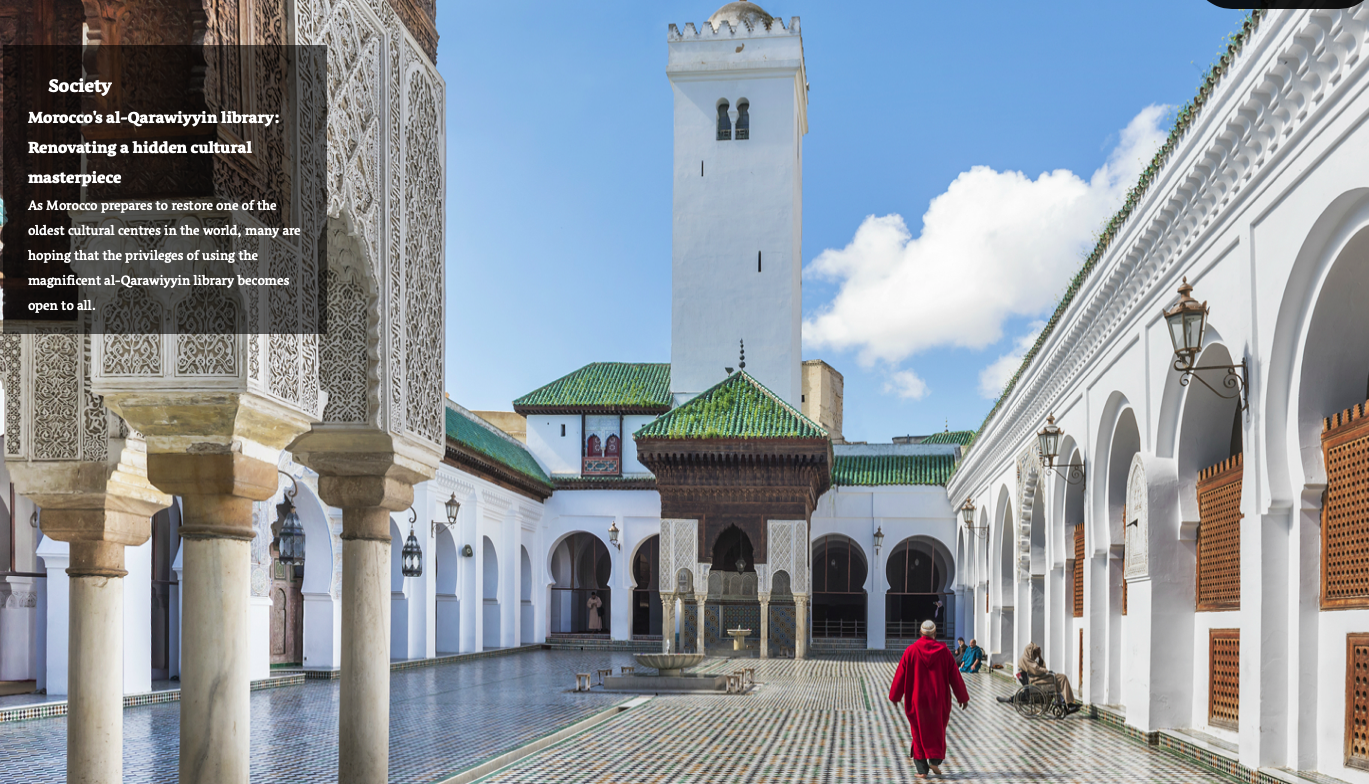 The university library underwent a recent process of restoration in 2016. The official reopening was celebrated in mainstream news, bringing Fatima’s story to centre-stage once more. Influential media such as The Guardian, the Smithsonian, TED and Quartz asserted that this was the oldest continually operating library in the world, and that Fatima herself had founded it. It’s also important to note that the architect who oversaw the the design of the library was also a Muslim woman: Aziza Chaouni. The is collaboration of old and new, woman to woman, is a deeply poignant moment in modern Islamic history.

There are many myths and folklore around Fatima Al-Fihri’s life, but nevertheless her story is a beacon of light to Muslim women everywhere who dare to dream of pioneering change and seeking ilm (knowledge) despite the obstacles.

Teach Me Islam App is pioneering a new age of Islamic learning. Our CEO is an ambitious woman, 92% of our teachers are women who are highly educated and committed to teaching students at all levels. We’re are scaling up our work to drive a movement that puts female Muslim scholars at the forefront of change.

Tags:
equality, Islamic e-learning, Islamic Studies, Islamic Studies Online Courses, Muslimleaders, Muslimwomen, Quran Courses Online, valueofawomaninislam, Womenempowerment, womeninislam
Newer Do you ever wonder how you can train your mind?
Back to list
Older 5 Tips on How to Make the Most of Online Learning

Salam and welcome to another blog :) As we are coming close to the end of another year and for most of us, this time is often spent ...

END_OF_DOCUMENT_TOKEN_TO_BE_REPLACED

Hazrat Khadijah, a role model for women in Islam

Forbes’ list of the 100 most powerful women bases its criterion on the women with the most visibility and economic impact. The philosop...

END_OF_DOCUMENT_TOKEN_TO_BE_REPLACED

Do you ever wonder how you can train your mind?

‘Education is not the learning of facts, but the training of the mind to think’ (Albert Einstein) To keep our mind and body active, ...

END_OF_DOCUMENT_TOKEN_TO_BE_REPLACED

5 Tips on How to Make the Most of Online Learning

Last week we launched a series of online Islamic Studies courses (for children and adults) on our website and were overwhelmed with the...

END_OF_DOCUMENT_TOKEN_TO_BE_REPLACED

Reaching Towards Each Other: discover the power of online learning

With mosques closed up and down the country and with physical gatherings outlawed for the moment, we have utilised technology to devise ways to gather together and continue being a light to one another in times of darkness and difficulty. From Wednesday 17th June, we are launching online group classes that enable your child to study at all levels of experience under qualified teachers from the comfort of your own home.